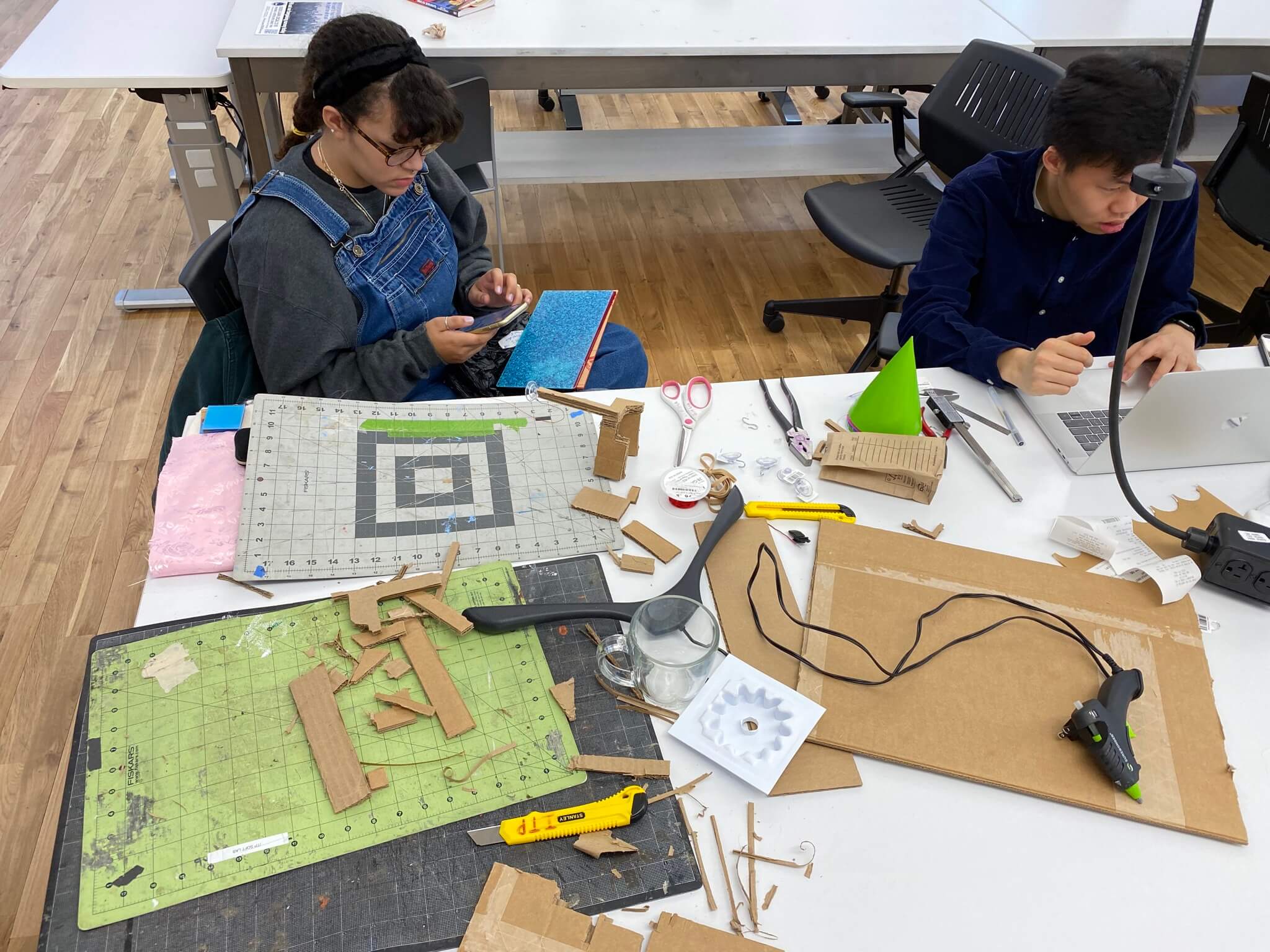 Over the weekend, Plum, David & I gathered to create a functional prototype of our new design. After consulting with Cara, we decided to use cardboard for this week while we figure out the structure, then move to more expensive/difficult to manufacture materials like acrylic for our final product next week. We bought the necessary suction cups and used hot glue & cardboard from the IMA Shop.

David sketched out the pieces we’d need to draw: 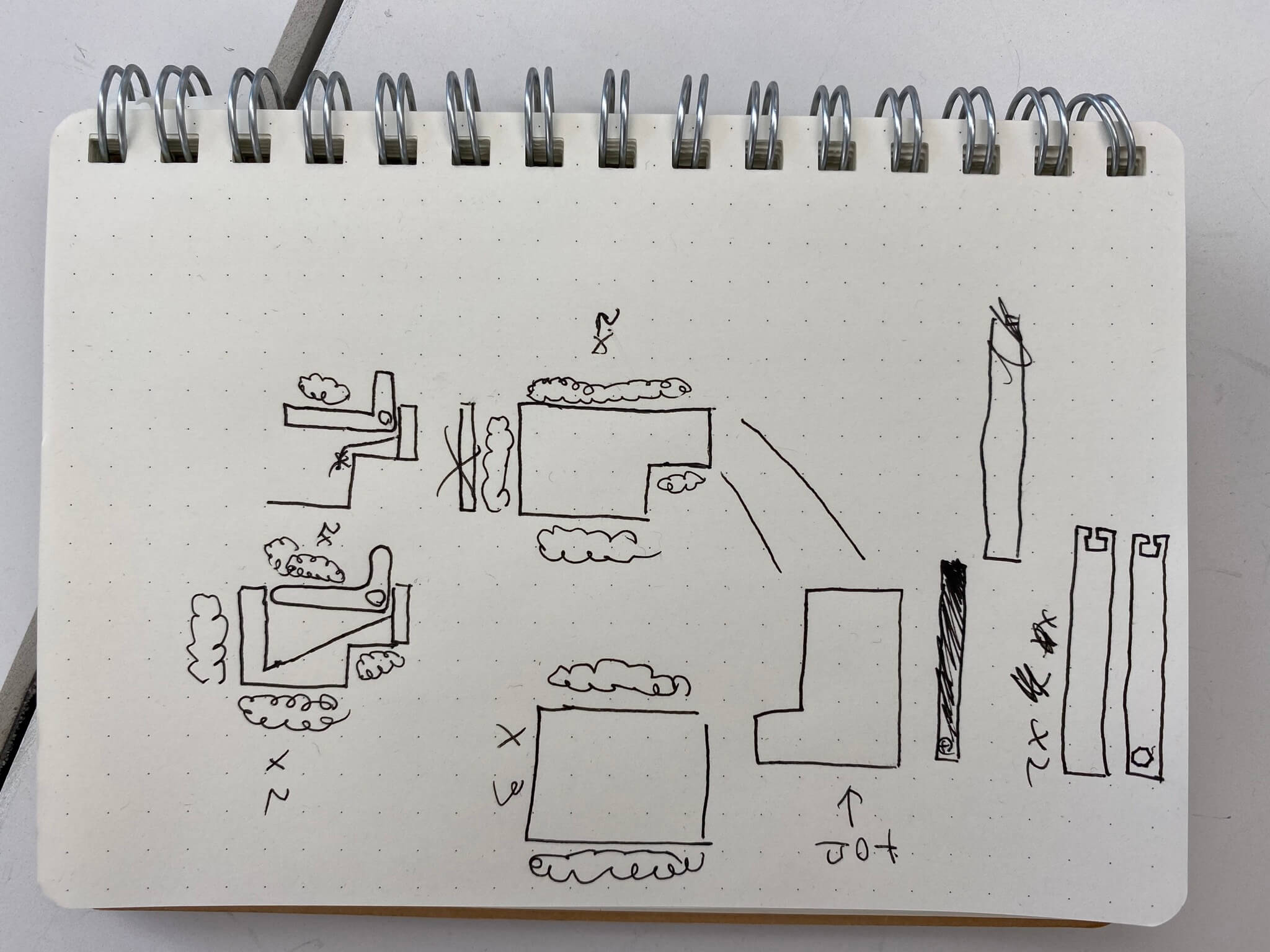 Then we got to work building: 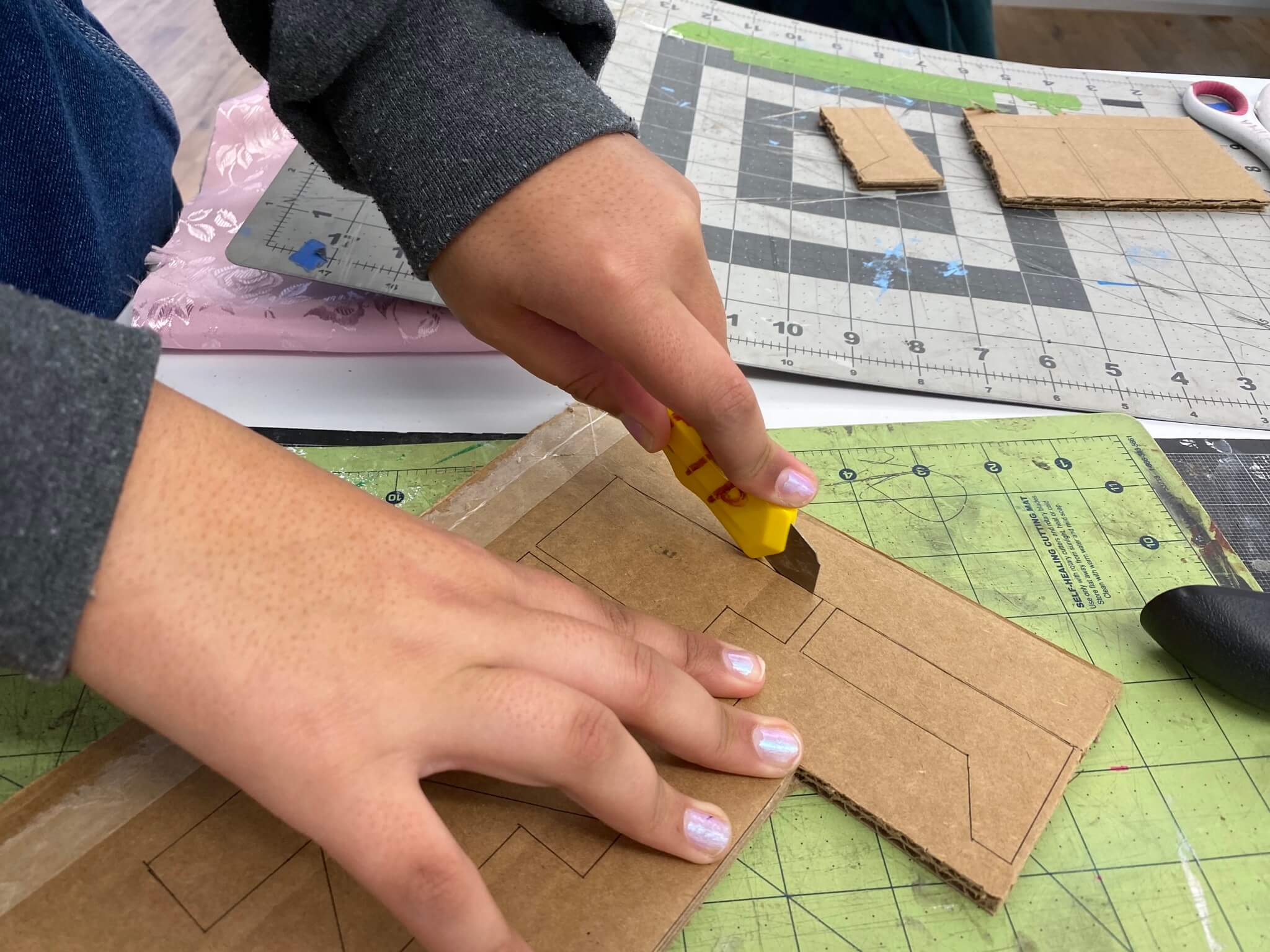 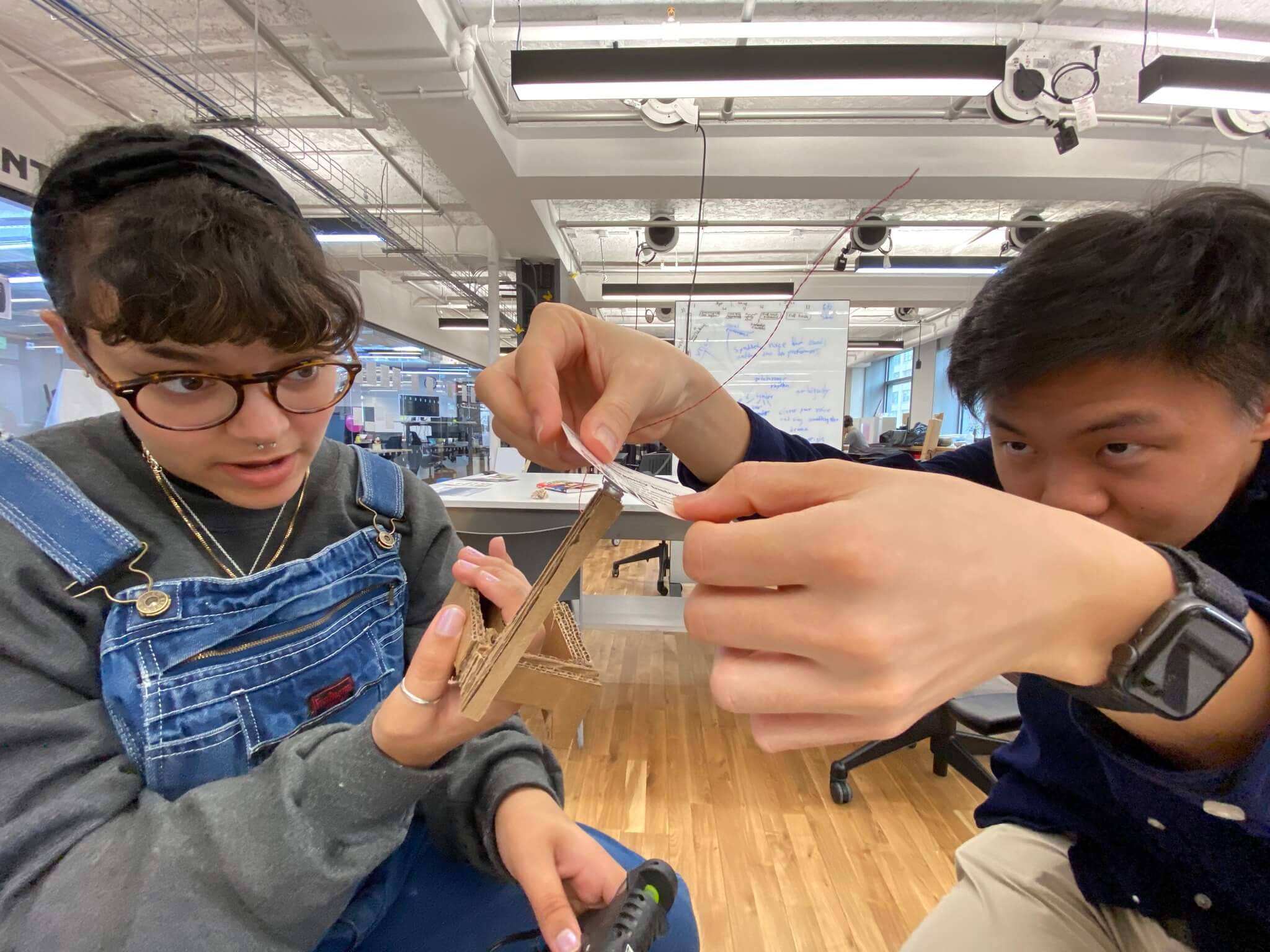 It worked! We added a string and trigger mechanism to allow easy detachment of the suction cup from the object. In action: 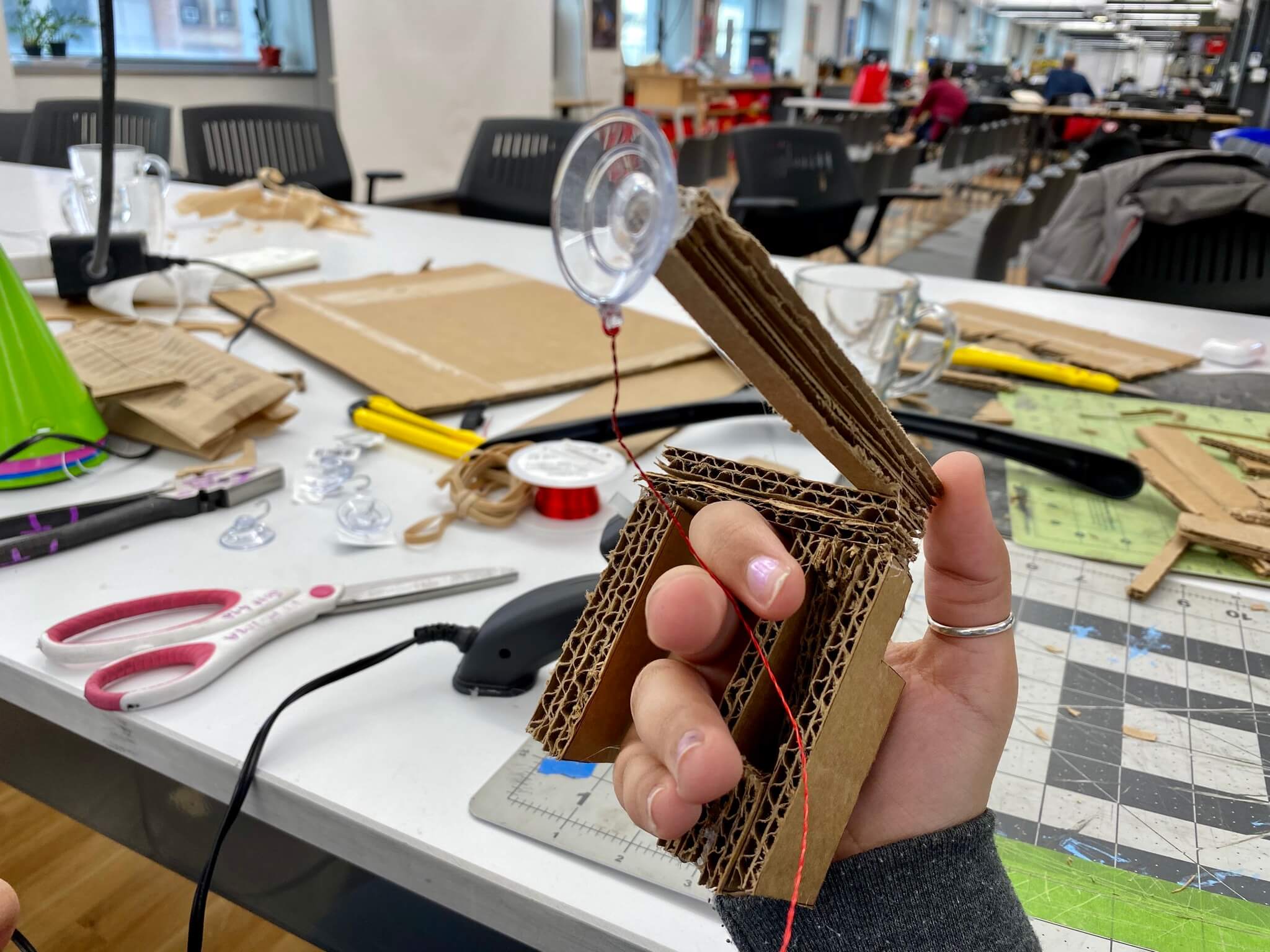 Here are some shots of our final product for this week: 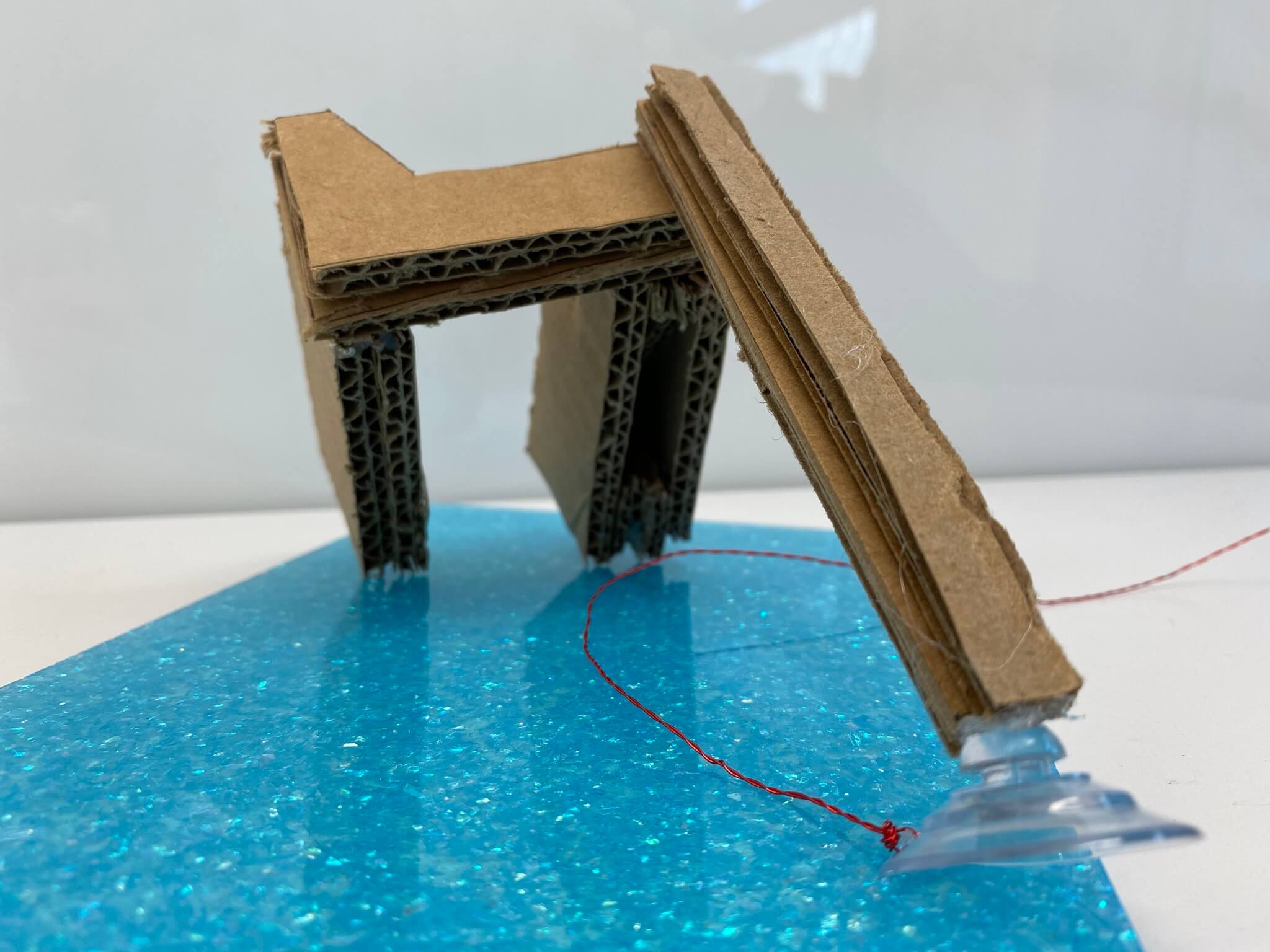 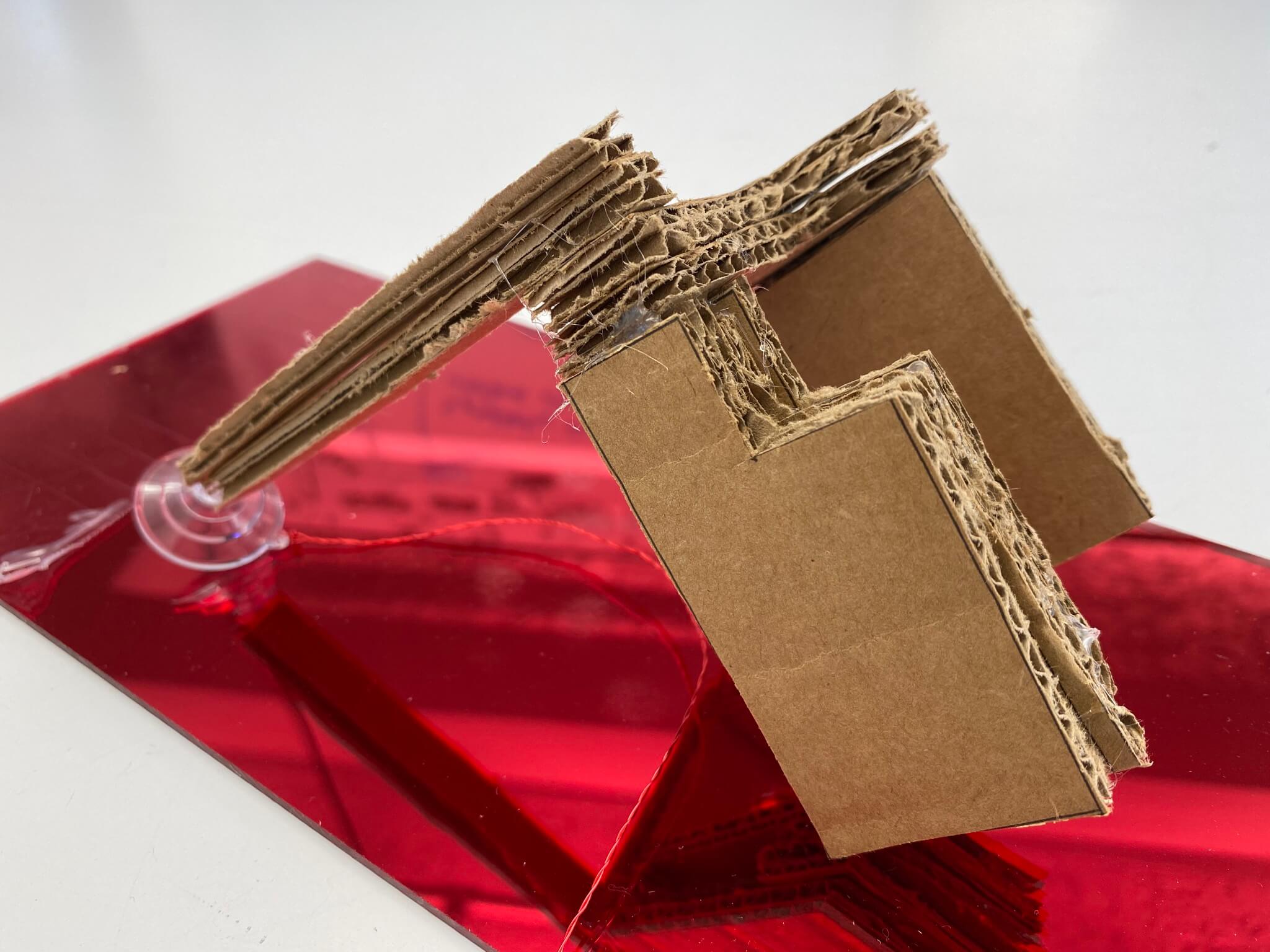 Next week, we’ll focus on rebuilding this with acrylic for a more durable and nicer-looking final product, as well as improving the trigger/release mechanism.

Micheal mentioned having difficulty with TV remotes. They have lots of tiny, difficult-to-press buttons (which are difficult to use for everyone, plus an accessibility nightmare for all kinds of disabilities), and that kind of fine motor control of fingertips is especially challenging for him.

We considered a plastic keyboard grille designed for the TV remote, but it seemed too simple a project. We also considered building a mobile app connected to an infrared receiver/emitter for replacing the entire remote with a simple app, but that seemed far too complex a project for this constrained timeframe.

Michael described particular difficulty gripping small things—the lock on door handles, picking up MetroCards, typing in PIN codes on ATMs. We’re envisioning a kind of scissor-type mechanism attached to pincers, allowing finer-grained control in a much lighter-weight tool than a wrench. Think the clamp on a kids’ dinosaur toy, or the pivot point on scissors:

The grip tool would be along these lines, but not electronic:

David made this sketch: 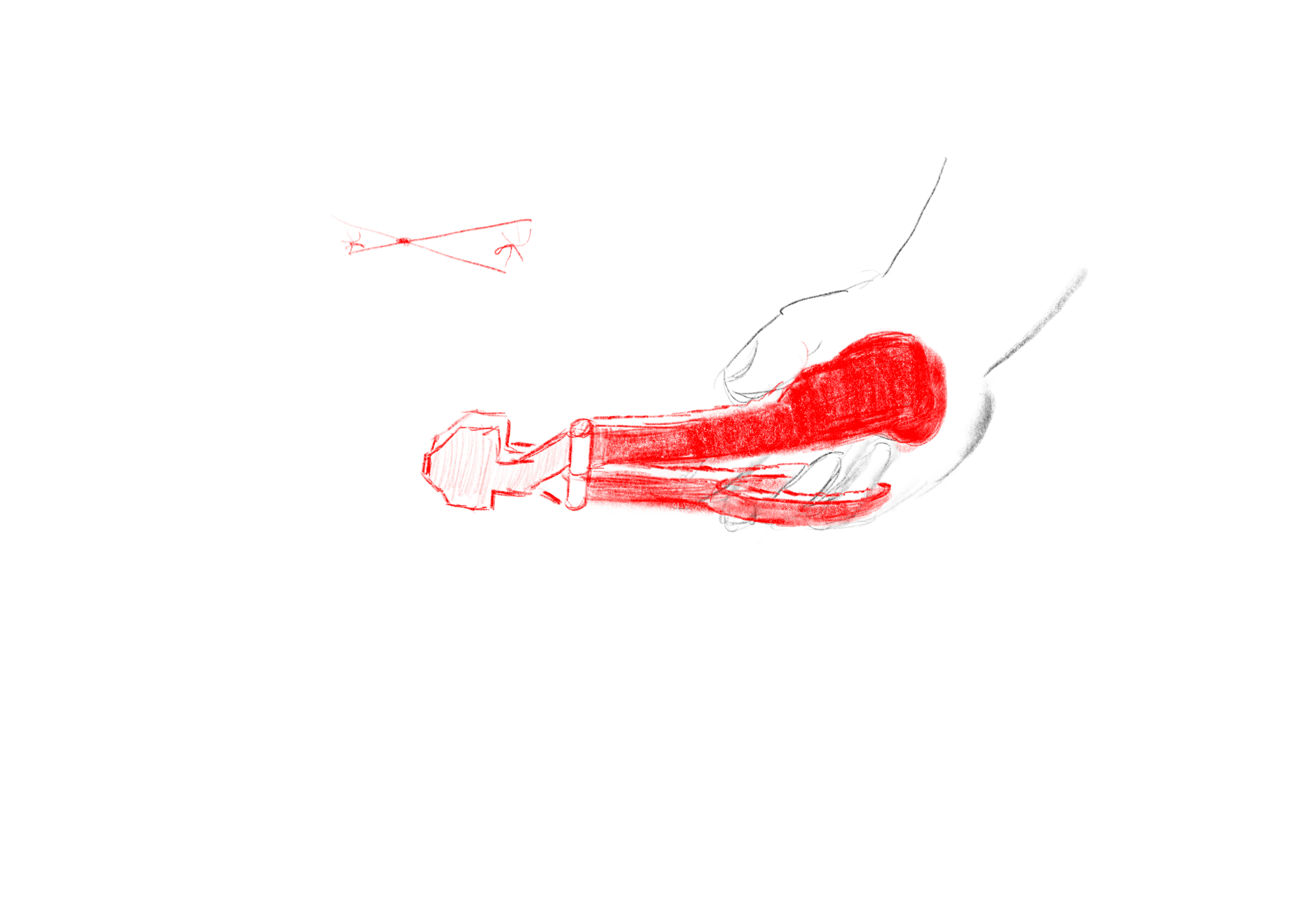 Plum made this cardboard prototype: 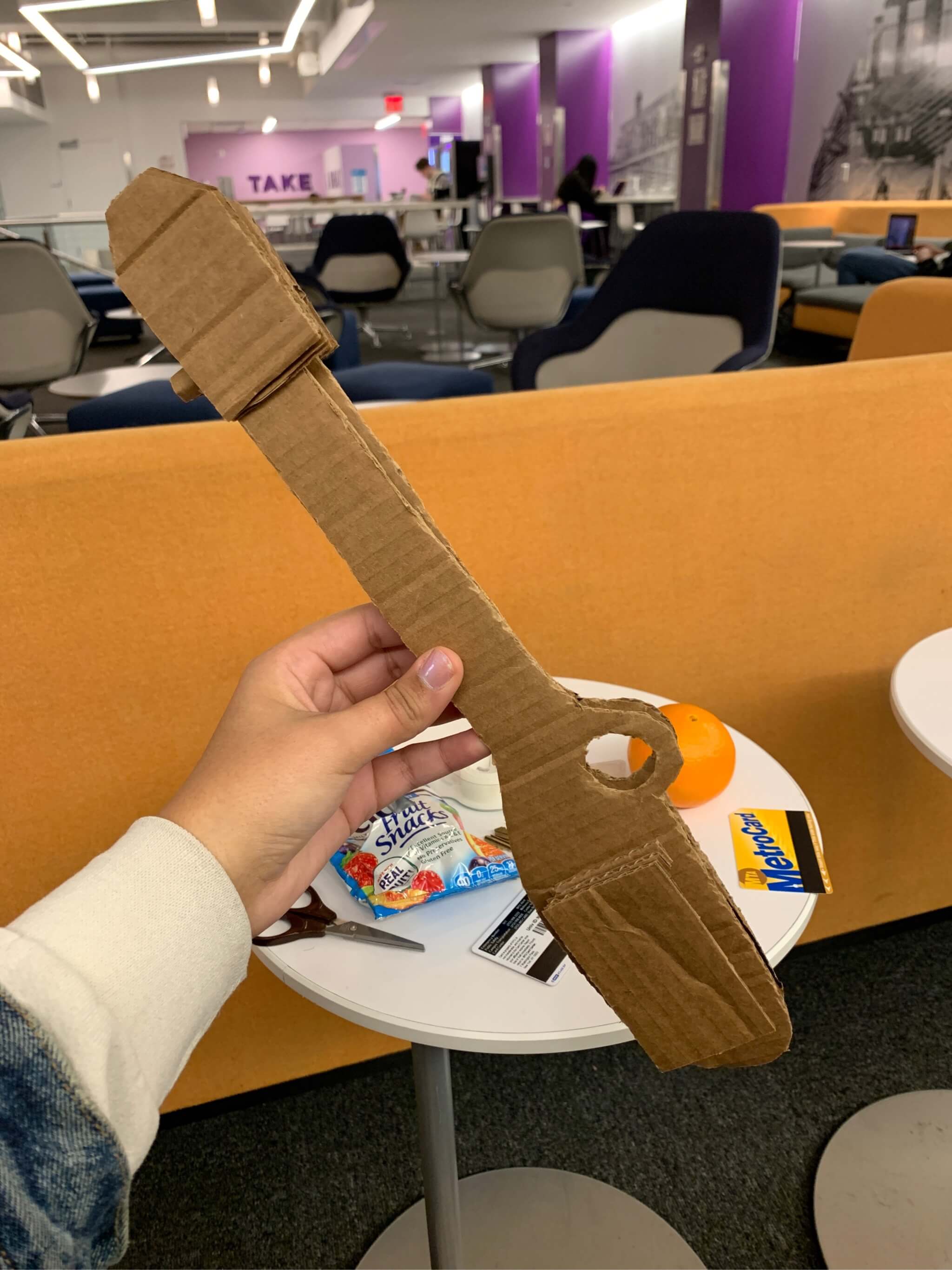 Upon feedback from Michael about the possibility of his lacking the hand strength to power the clamp, we’re envisioning using an Arduino with Servo motors and an internal battery to reduce the necessary pressure input: 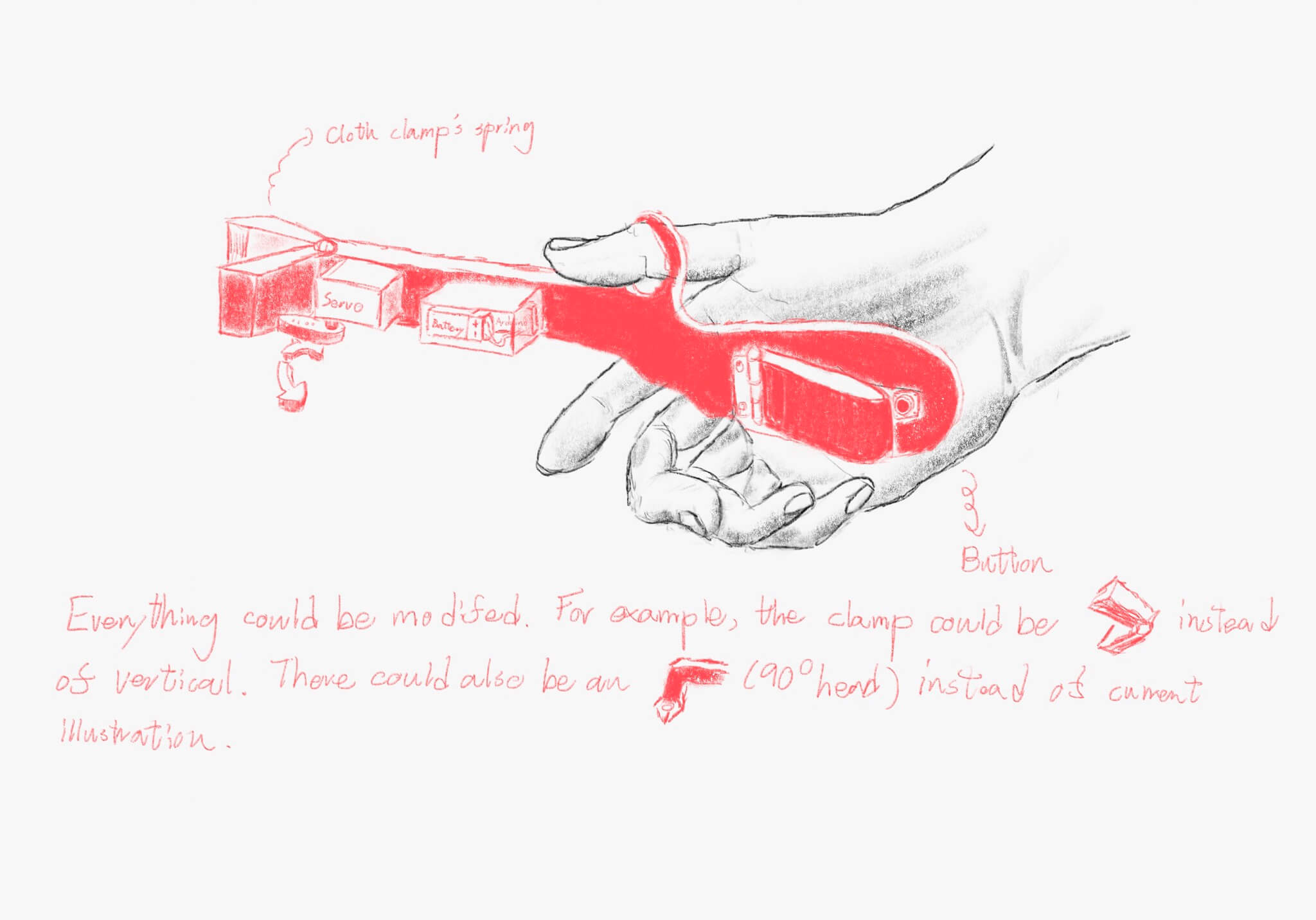 Though easy to sketch, the added complexity of the motor + software raises several potential issues:

Plum, David, & I are excited to start building!